The Senate Judiciary Committee “on Thursday voted to extend until the end of 2013 three post-Sept. 11 terror-fighting practices that have raised concerns among civil liberties groups,” the AP reports.

At the same time, the legislation, which was approved on a 10-7, mainly party-line vote, would end in December 2013 the investigative tool known as National Security Letters that compel businesses to turn over customer records without a judge’s order.

Committee Chairman Patrick Leahy, D-Vt., sought to answer criticisms of the provisions that would be extended — two from the post-Sept. 11 Patriot Act — by including new privacy and civil liberty safeguards and increasing oversight.

The measure would extend through 2013 the Patriot Act authorities to use roving wiretaps on multiple electronic devices and to obtain court-approved access to business records considered relevant to terrorist investigations.

Earlier this year, Congress “agreed to a three-month extension that will expire on May 27.”

Senate Republicans have “called for extending the three provisions permanently.”

The only Judiciary Committee Republican to support Leahy’s bill was Sen. Mike Lee of Utah.

The Senate is “expected to pass a short term extension of the PATRIOT Act this week, ahead of the February 28 deadline for renewing several expiring provisions in the post-September 11 counterterrorism surveillance legislation,” Fox News reports.

“We’re talking about a 90-day extension in order to give us time to bring it up for full debate on the floor. Obviously, we don’t have time to do that this week,” Sen. Saxby Chambliss, R-Ga, told Fox. The senator, top Republican on the Intelligence Committee, said, “I have no qualms with doing that. It gives everybody time to come up and say what they want to.”

This Senate action, which would then need to be approved by the House which initially had trouble from some Tea Party conservatives and liberal Democrats but eventually approved an extension to December, extends so-called court-approved “lone-wolf” surveillance of non-U.S. citizens suspected of terrorist activity, roving wiretaps for foreign suspects with multiple cell phones, and government seizure of “any tangible item” deemed relevant to a national security investigation, or the so-called “library records” provision.

Sen. Dianne Feinstein, D-Calif., the Intelligence panel’s chairwoman, said, “It would extend it to May, giving us time. It’s very important that we extend it.”

Update: Senators have adopted this temporary extension by a vote of 86-12. It extends expiring provisions through May 27 of this year. The extension is attached to H.R. 514 and must now be approved by the House. Majority Leader Harry Reid (D-NV) promised to offer members at least a week for debate and amendment-offering on a more lengthy extension prior to this temporary one running out.

In a press release statement issued today, Senator Rand Paul (R-KY) offered “his opinion of the PATRIOT Act and how he will address it if it comes to the Senate.”

“Last night, there was little debate, no committee hearings held, no amendments allowed, and no examination of whether our government had lived up to its responsibility to protect the liberty of the people. I commend the House for rejecting the renewal of the PATRIOT Act on these grounds,” Sen. Paul said.

“The fight will continue in the House over the next week. It is likely that even with this temporary victory, the House will pass these extensions and send the PATRIOT Act renewal to the Senate. And when they do, I will oppose it,” he continued.

“I do not say that lightly. I firmly believe it is a primary duty of our government to do what it can to protect the lives of its citizens. But I also believe it must in equal measure protect our liberty, and in this our government has failed us. We should remember the words of Ben Franklin, who famously said ‘Those who would give up essential liberty to purchase a little temporary safety deserve neither liberty nor safety.’”

“It is time for Congress to stop quietly extending this law and avoiding a serious discussion about protecting all the rights of all Americans. I will insist the Senate allow debate and amendments as we consider this important legislation,” he concluded.

Senate Democrats and Republicans “are in a three-way split over how to extend the legal authority to conduct surveillance and information-gathering activities under the USA Patriot Act,” The Hill reports.

Two Democrats and one Republican have each introduced a bill to address the issue. The bills conflict on how long to extend the authorities and how much oversight to include.

The Senate must decide which approach to take before these authorities expire at the end of February.

Specifically, the bill would allow the U.S. to continue "roving surveillance" of targets, collect business records and other tangible intelligence records, and surveillance of solo operators who are not tied to a specific terrorist group but may pose a threat to the United States.

But Leahy is also facing a challenge from within his own party. Sen. Dianne Feinstein (D-Calif.) has introduced her own bill that would extend the surveillance authorities until 2013, but would do so without the additional oversight language that Leahy prefers.

In Thursday’s hearing, Feinstein indicated that there may not be enough time to consider Leahy’s reforms. 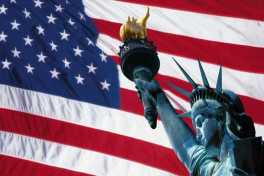 Senators have adopted a one-year extension of expiring PATRIOT Act provisions by Voice Vote.  These extensions were inserted into H.R. 3961, an unrelated legislative vehicle being used to move the bill forward.

They were previously extended in the DOD Appropriations Act but were set to expire on February 28.